Found in a patient’s blood, circulating tumor cells, or CTCs, have powerful potential to indicate how well a cancer treatment is working and guide treatment decisions. Even so, CTC technologies have not yet been widely implemented in clinics, in part because CTCs are very rare, and separating them from the billion normal cells in blood is a challenge.

A new microfluidic system developed by Johns Hopkins engineers could make it easier to collect and test drug-resistant CTCs from blood samples known as “liquid biopsies,” which are faster, less invasive, and safer than traditional tissue biopsies.

The team’s results appeared in PLOS ONE.

Because they can be taken more frequently, liquid biopsies help clinicians evaluate patients at different phases of their cancer treatment. For example, these biopsies can glean information on why some cancer cells become resistant to a patient’s current treatment, said Hur.

Her lab had previously developed a technique to isolate CTCs for testing purposes: a blood sample flows through a microfluidic chip, which recognizes and traps only the rare tumor cells, like a panhandler sifting for gold. 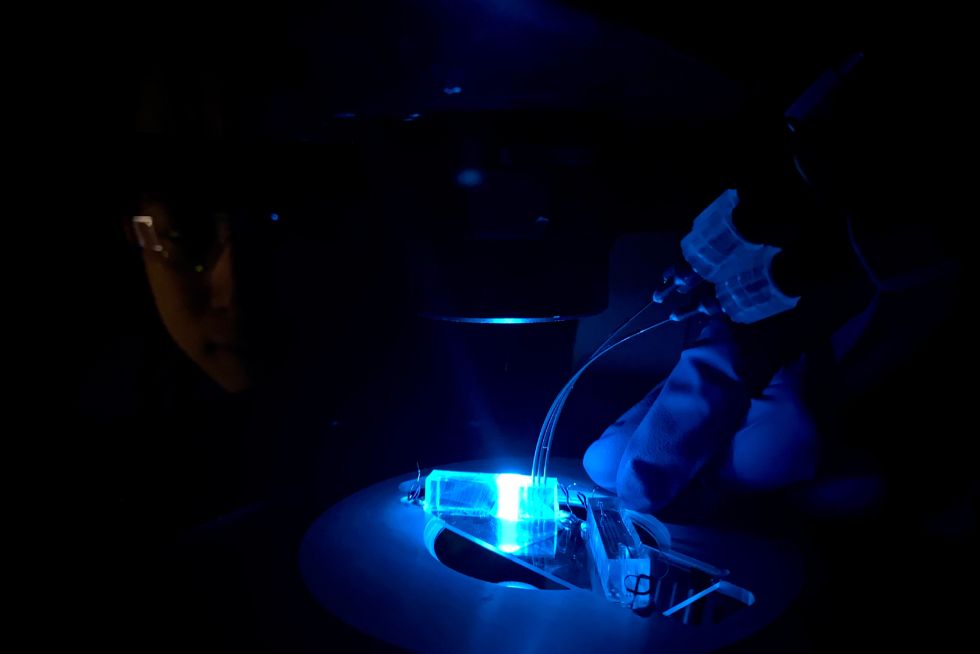 In this new study, the researchers set out to adapt that technique to investigate cells’ real-time drug response. First, the team ran whole blood samples spiked with a drug-resistant lung cancer cell line through the previously mentioned purification process. Then they used their new microfluidic device as an electroporator, creating holes in the cancer cell membranes with jolts of electricity before directly injecting the cells with a combination of two cancer drugs.

They found that combining the right drugs could overcome resistance and restore therapeutic response in the tumor cells, said Hyun Woo Sung, a PhD candidate in Hur’s lab and lead author of the study.

According to Sung, the system’s key innovation is its reliance on a single-cell imaging pipeline, a technique that identifies discrete cell-to-cell differences within the cell population. In this study, they used this approach to determine whether every cell they collect and electroporate is permeable for drug delivery or not, and whether the cell is alive or dead after the jolt.

“Generally, a higher voltage will lead to more individual ‘instance’ of cells we see in our images that are permeabilized, but likewise a higher ‘instance’ of cells that die from too big of a jolt. By collecting all this information from the cells at a range of input voltages, our approach allows us to calculate the electroporation performance and identify the optimal voltage that work best for the cells in our system,” Sung said.

The single-cell analysis is also promising in that it addresses the rare nature of CTCs in blood samples. Conventional techniques for analysis require a certain number of cells to be present in order to successfully process the sample. In contrast, the Hur lab’s system offers an alternative way to analyze a smaller population of cells, such as CTCs.

Although this study provides a proof-of-concept, with more work the researchers believe the system will someday give clinicians the information they need to determine whether individual patients will respond to a specific drug or not.

“In future studies, we plan to increase the volume of blood processed per run and expand on the types of therapies we are delivering to the cells, beyond drugs. Our technology could also be used to monitor response to other treatments, like gene therapy and immunotherapy, just from a simple blood test,” Sung said.