The Department of Mechanical Engineering offers fellowships to outstanding master’s applicants in the form of partial or full tuition waivers for full-time master’s degree graduate study in the Department of Mechanical Engineering. All eligible master’s applicants are automatically considered for this fellowship and no additional material is required at the time of application. 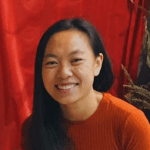 Yitong Chen is a master’s student in the Robotics track, advised by Professor Jeremy D. Brown. Prior to starting her master’s degree at Johns Hopkins University, she worked for three years as a mechanical engineer at OneSubsea, a Schlumberger company in Houston, Texas, on the design, testing, and manufacturing of subsea production systems. In 2018, she received a B.S.E in Mechanical Engineering from the University of Michigan, with an International Minor in Engineering. At Michigan, Yitong worked as an undergraduate researcher under Dr. Mark Chiang at Michigan Medicine and was a member of the Formula SAE team, MRacing. She spent her childhood in Oklahoma and enjoys traveling and hanging out with her 2 year old rescue dog, Sugar. Her goal is to one-day be a part of a design team that develops a suite of world-class upper limb prosthetics. 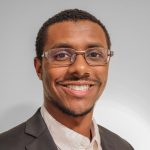 Roderick Renfrow is completing a Master of Science in Engineering degree in Mechanical Engineering at Johns Hopkins University. He directly matriculated from the Virginia Commonwealth University in Richmond, Virginia with a B.S. in Mechanical Engineering and minors in Mathematics and General Business. At VCU, Roderick worked through multiple co-op rotations at DuPont and Altria, served as an undergraduate TA, and completed research on engineered tissue vascular grafts under mechanical stimulation. Currently, he serves as the National Society of Black Engineers (NSBE) Programs Chairperson, overseeing the strategic development and managing of all K-12, collegiate, and professional programming for the society’s 24,000 members. He was introduced to NSBE his freshmen year of college where he discovered his enthusiasm for education and mentorship. Ideally, as an engineer with an entrepreneurial mindset, he aspires to use his education, industry, and non-profit experiences to propel STEM education and development nationally. 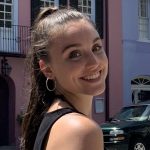 Lisa Chizmadia
Lisa Chizmadia is a master’s student in mechanical engineering on the robotics track. She completed her B.S. in Mechanical Engineering at Manhattan College with minors in mathematics and theater. In her time as an undergraduate student, she was the president of her school’s chapter of Tau Beta Pi and was a mechanical engineering department liaison to the Society of Women Engineers (SWE). At Johns Hopkins, she hopes to develop a deeper understanding of robotics and learn the skills needed to achieve her career goals. Her interests include combining what she has learned in the classroom with her passion for arts and entertainment. She aspires to one day design and create animated robotic characters and be a part of a team that is continuously advancing that technology. She is originally from New York but loves to travel in her free time, spend time with her dog, Jack, and play the guitar. 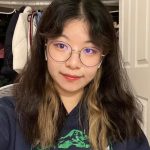 Shengni Xu
Shengni Xu is a master’s student in the robotics track, advised by Professor Louis Whitcomb. She completed her B.S. Mechanical Engineering at Sichuan University (SCU) and the University of Pittsburgh. During her two years at SCU, she contributed herself to the department of marketing in the student council. She also owned a great experience in the school choir as part of the soprano and participated in various performances. For her junior and senior years at Pitt, she was keen on finding more adventures in mechanical design projects and research in information science. At Johns Hopkins University, she will focus on the robotics field, to enlarge her vision for her future career as an algorithm engineer. In her daily life, she loves reading books in psychology, traveling with friends, communicating with people from diversified backgrounds, and practicing singing. 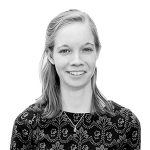 Juliette Mahaffey is a master’s student in the Mechanics and Materials track, advised by Professor Jaafar El-Awady. Prior to starting her master’s degree at Johns Hopkins University, she worked for four years as a mechanical engineer at Draper Laboratory in Cambridge, Massachusetts, on diverse mechanical and electro-mechanical systems at various stages of development. In 2016, she received a bachelor’s degree from Harvard University in mechanical engineering, with a secondary field in French. At Harvard, Juliette worked as an undergraduate research assistant and wrote her undergraduate thesis on pop-up robotics under Professor Robert Wood at the Wyss Institute for Biologically Inspired Engineering. She grew up in the Washington, D.C., area and enjoys hiking and photography; she hopes to visit all of the U.S. National Parks someday. 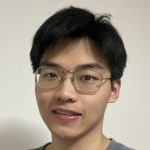 Chengyi Yang is currently pursuing his master’s degree in mechanical engineering. He is building a strong foundation in robotics and computer vision to support his career goal of applying AI, the internet of things, and automation technology to people’s daily life, traditional manufacturing, and industrial practice. His various research projects and work experience, from human factors research on autonomous driving to using sensor capture in treating autism, allows him to get more inspiration on using new technology to help and serve humans. Ultimately, he hopes to build a career in the application of artificial intelligence to better the human experience. 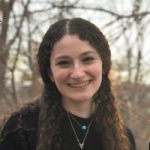 Jenny Rosen is completing a master’s degree in mechanical engineering from Johns Hopkins University, with a concentration in the mechanics of materials. Currently, she is also a Research Fellow at U.S. Army Research Laboratory, exploring laser gain media and optical materials by performing spectroscopic characterization. She earned a bachelor’s degree in materials science from Cornell University. Her goal is to work in the aerospace industry developing composite materials. 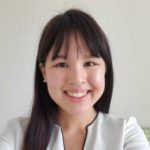 Vanessa Hannay is currently a Master’s student in mechanical engineering at Johns Hopkins University. She completed her B.S. in biomedical engineering at Rensselaer Polytechnic Institute with a concentration in biomechanics. Her research interests include biomechanics of tissues, prosthetic devices, and surgical robotics. At JHU, Vanessa’s goals are to continue learning about biomechanics in greater depth, strengthen her overall mechanical engineering foundation, and hone her research skills and writing. After graduation, Vanessa aspires to work in research and development at a medical device or biotech company. Vanessa is originally from upstate New York. 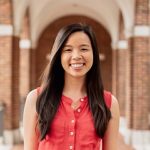 Sarah Lee received her B.S in biomedical engineering from Johns Hopkins University in 2019, before starting a master’s degree in mechanical engineering. Sarah is originally from Boston, Massachusetts. During her undergraduate time at JHU, she was a member of Pi Beta Phi Fraternity, a peer-tutor, and a design team leader. She is also the CEO of Relavo, an early-stage medical device start-up that began as her undergraduate design project. Outside of work and school, Sarah enjoys cooking, yoga, and crosswords. 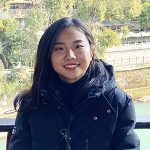 Tianyi Weng is currently pursuing a master’s degree in mechanical engineering at Johns Hopkins University with a focus on robotics. Prior to attending JHU, she received her bachelor degree in mechanical engineering from the University of Delaware. Her career interests include autonomous driving, industrial robotics, and medical robotics. She likes working on international teams and her goal is to become a control engineer in robotics. 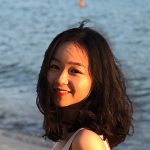 Yupin Shi is completing her master’s degree in mechanical engineering at the Whiting School of Engineering. She obtained her bachelor’s degree from Lehigh University prior to her graduate studies. Her research interests include finite element modeling for thermo-reactive soft robots and MRI compatible robotic systems for lower back pain injections. Yupin currently serves as the communication chair of Women of Whiting, building a social and professional support network for females in STEM fields. After graduation, she hopes to contribute to the healthcare industry with her expertise throughout her career and continue advocating for women in STEM. 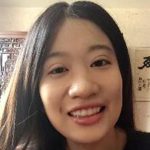 Zhixin (Zoey) Li is a master’s student in mechanical engineering, with a special focus on robotics and control. Prior to joining Johns Hopkins, Zoey earned a bachelor’s degree in mechanical engineering from The Ohio State University. Her goal is to start a company that designs assistive robots to benefit the elderly and people in need. She is originally from Bejing, China.