Given annually to a person of significant expertise in fluids engineering, Mittal won the award in recognition of his pioneering work on immersed boundary methods, which played a major role in transforming what was primarily a method developed by applied mathematicians into a powerful tool that has seen widespread adoption by the fluid dynamics and engineering community. 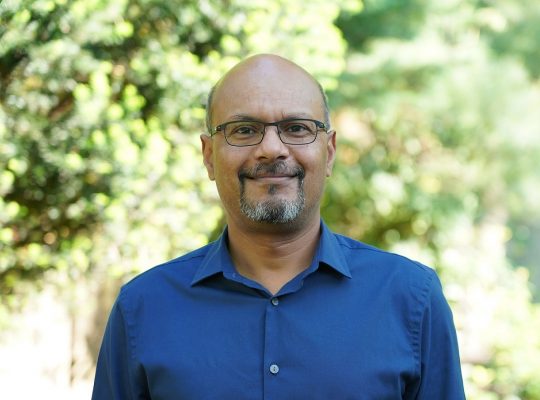 Mittal will receive a $10,000 honorarium and deliver a lecture at the ASME 2021 Fluid Engineering Division Summer Meeting in August. He will also  write a review article on the topic of immersed boundary method for the Journal of Fluids Engineering.

“Dr. Mittal is among the most highly cited fluid dynamicists of his generation. Translating scientific discoveries into useful practice takes a unique skill and a drive, which Dr. Mittal has. He also has an excellent track record in selecting not only interesting but also timely problems,” said Tryggvason. “Beyond his enormous scholarly accomplishments, Rajat is an excellent teacher, mentor, and department citizen.”

Mittal’s research and teaching contributions have been recognized by numerous awards, including the Lewis B. Moody Award from ASME and the François Naftali Frenkiel Award for Fluid Mechanics from the American Physical Society (APS). He is an elected Fellow of ASME and APS, an Associate Fellow of the American Institute of Aeronautics and Astronautics (AIAA), and has served as an editor for several prestigious international journals.

The Freeman Scholar Program is supported by the ASME Freeman Fund and was established in 1970 by John R. Freeman, noted hydraulic engineer and scholar, Honorary Member and Twenty-fourth President of ASME.